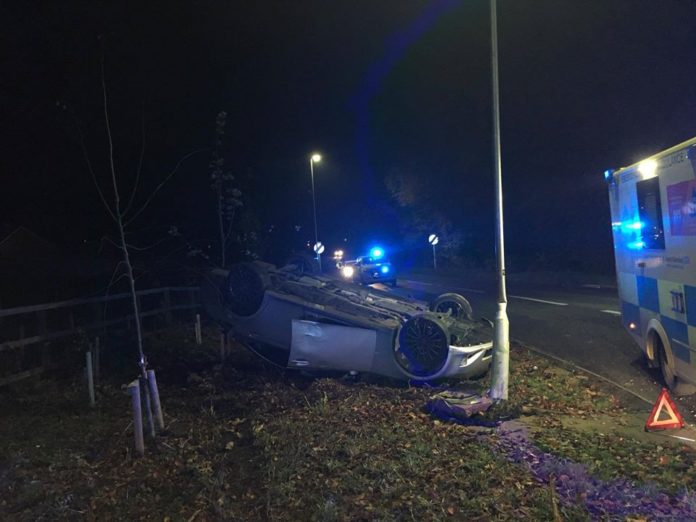 A man has been banned from driving for 20 months after he crashed his Lexus in Tidworth.

At 10pm on November 16, Neave was driving southbound along the A338 Salisbury Road when he lost control of the car.

The car left the carriageway outside Tedworth house and overturned, colliding with a lamp post.

Paramedics and police officers arrived on scene and Neave failed a roadside breath test. He was arrested and then taken to Salisbury District Hospital to be checked over.

As well as the disqualification, Neave was fined £807, ordered to pay £80 victim surcharge and £85 costs.

PC Kieran Leibrick said: “We will not tolerate drink driving – not only are you putting your own life in danger, but the lives of other road users and pedestrians, and this is completely unacceptable.

“Neave caused significant damage to his vehicle – he is fortunate that nobody was injured as a result of his actions.

“While drink driving is an issue all year round, we know at this time of year that many people are out and about celebrating the festive season by having several drinks. It is really important to plan ahead and ensure you know how you are getting home. It is simply not worth taking the risk.”